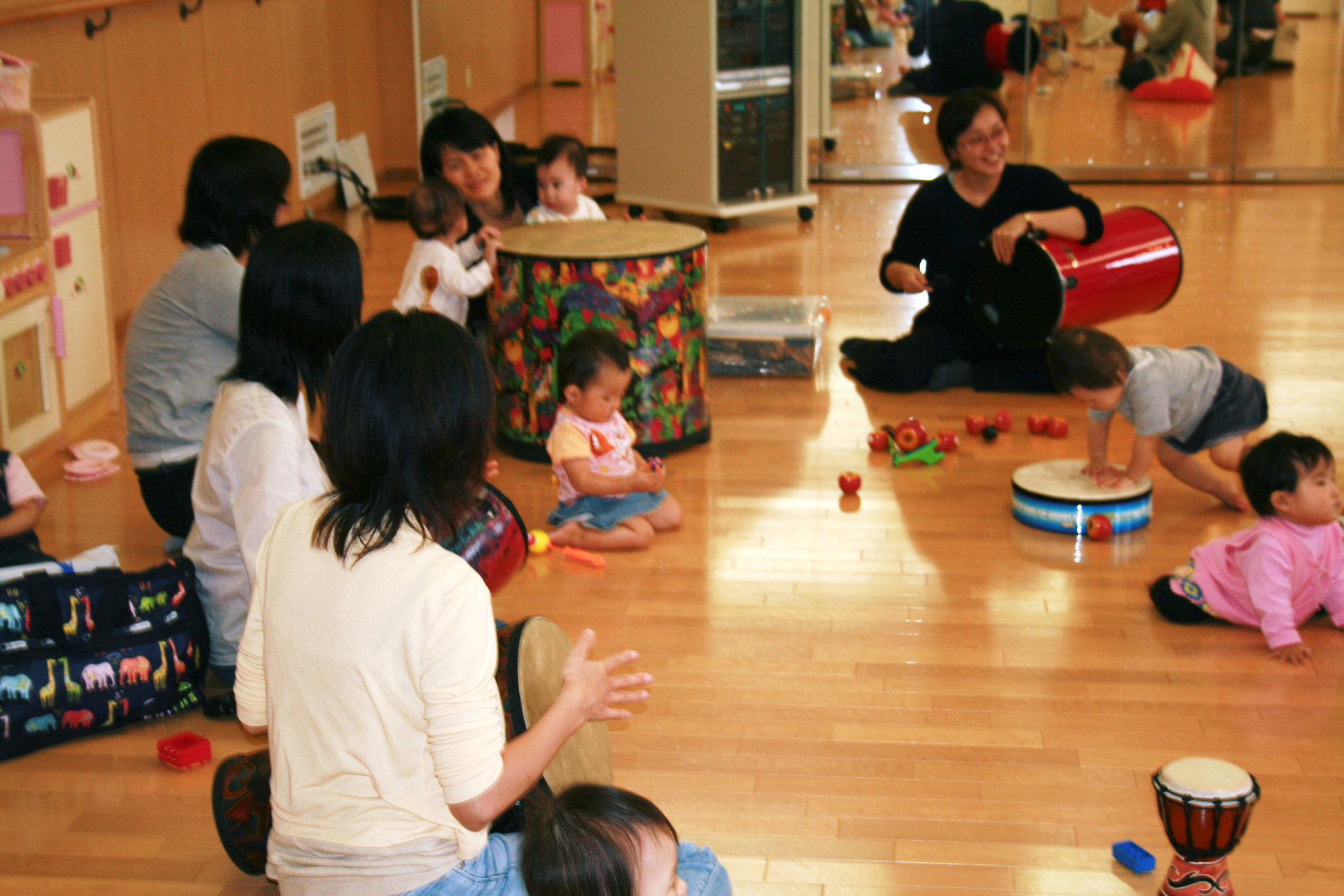 I became involved with drum circles for newborns and their mothers three years ago. The idea came from one woman who participated in a Matsuyama community drum circle with her ten-month-old baby. She told me the drum vibrations reminded her of ultrasonic recordings of babies in the womb. We both knew a doctor who ran women’s hall programs in his maternity clinic: Hula class, both pre and post natal, and a maternity aerobics (Mat- bics) class.

The circle I want to tell you about involves 8 mothers and their babies,between 5-8 months old. We started with breathing exercises accompanied by soft relaxing music. Some babies sat on the floor, other babies were in their cradles sleeping. Older infants crawled about.

Mothers are very busy with their babies. Sometimes they forget to breathe properly. So, I told them to forget for a moment their babies and concentrate on being just women. Feel happy, at peace, and your babies will pick up on this feeling. It also releases stress for the mothers and the babies. 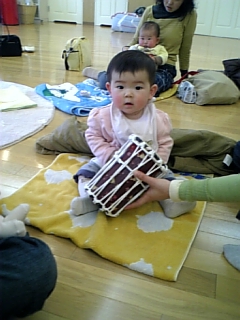 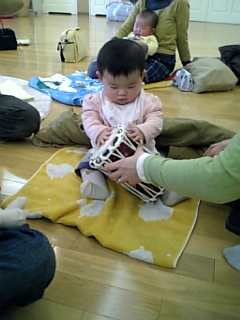 Next was drum call. Babies do not have a concept of rhythm or melody but they do react to rhythmic vibrations. And their mothers can tell if their reactions are positive. I played bass drum and mothers played shakers, djembes, and frame drums. They changed instruments whenever they felt like it. This was a very relaxed drum circle. Some mothers fed their babies during the circle.

After 5-10 minutes of just drumming, we noticed that the babies with some motor control had started moving in time with the music in their cribs. The crawlers began doing an infant version of head-banging nodding along with the rhythm. This made the mothers happy which in turn made the babies happy: An exchange of positive energy. 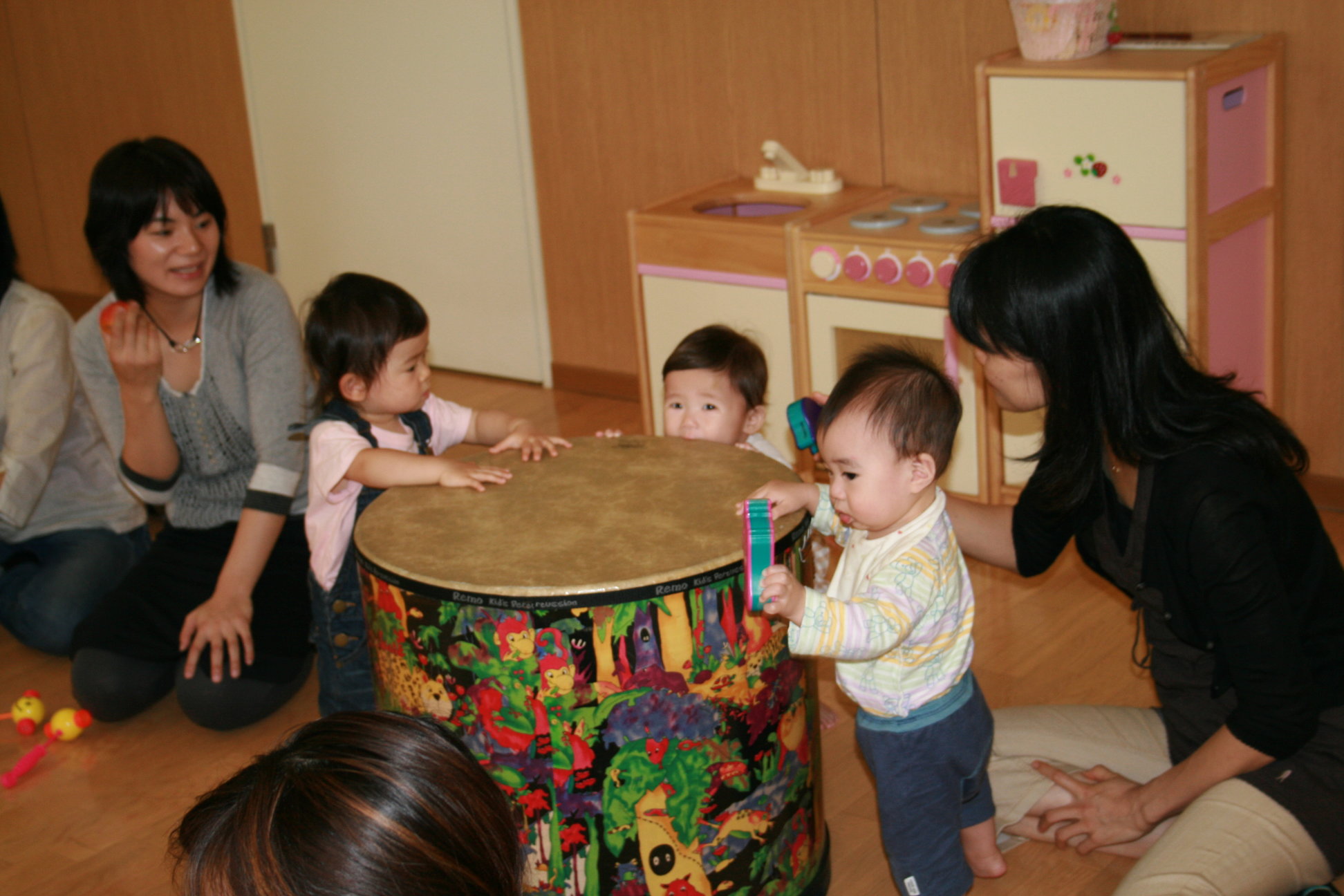 This was followed by call and response with each mother taking a turn. We closed out with another breathing session, this time with the mothers holding their babies, no music. Again, I reminded the mothers that if their babies cried, to smile and feel calm, and let theirs babies share their centeredness.

The babies that participated in this session are now growing up so fast. Next spring, some of them will be starting school. Every time I see them, they are bigger and bigger. When Arthur Hull observed the circle on his Drum About in Japan, most of babies were already almost 2 years old, playing drums, shakers, and following cues!