A Tree Planting Festival is held every year which the Japanese Emperor attends and plants trees. The purpose of the festival is to celebrate and appreciate the nature and life. He and his wife visit different prefectures each year. This is the 59th memorial event, which means the current Emperor and the former Emperor have visited all the prefectures, some of which are more than once. This year the event was held in Akita Prefecture which is in the north of Japan. This city is famous for supplying very tasty rice and is renown for its’ beautiful natural setting.

Yamaha Music Trading (YMT), the REMO World Percussion distributor in Japan, made 12,000 Remo Coaster Shakers, with a special design of Kita (North)-Akita city, which were given to all the 12,000 participants as free gifts. During the event, Mr. Masahito Pecker Hashida, percussion player and facilitator, appeared in the middle of the stage and led the participants as a facilitator but without rhythms!  The theme was “Create the Sea in the Mountain “. All 12,000 participants followed him.  Firstly, they made small sounds with the coaster shaker ‘’ sh sh sh sh sh sh “  to imitate the sound of  the gently rippling sea. The sound moved front to the back, right to the left, left to right, back to the front ….  As the time passed, it began to sound like there was a real sea in the mountain , and created such nice and comfortable and peaceful atmosphere. 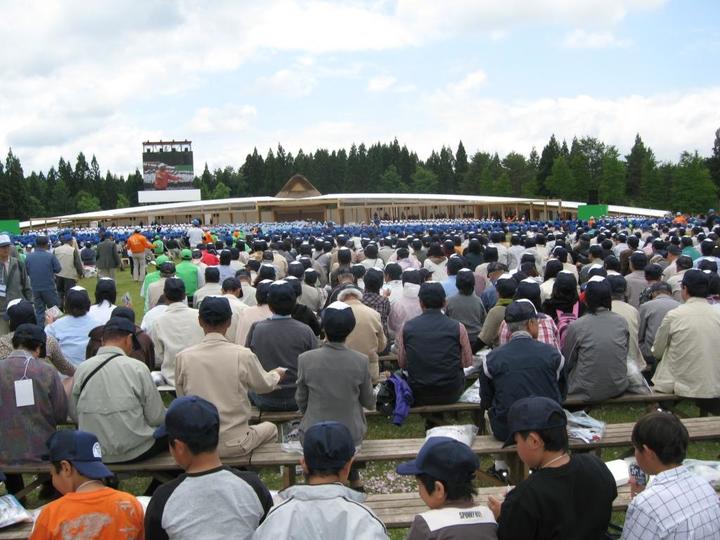 The Japanese Emperor and his wife sit in the center of the stage. 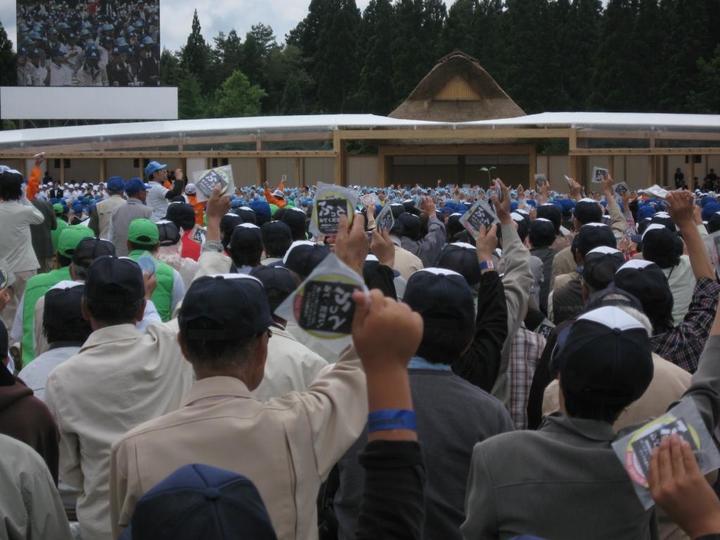 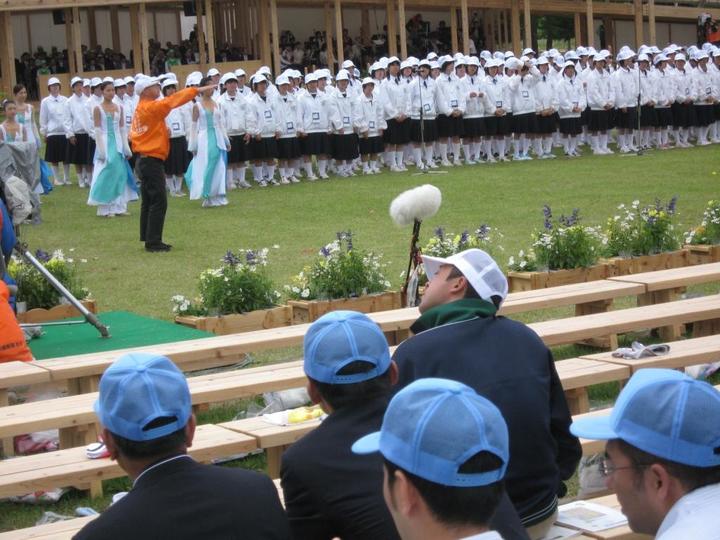 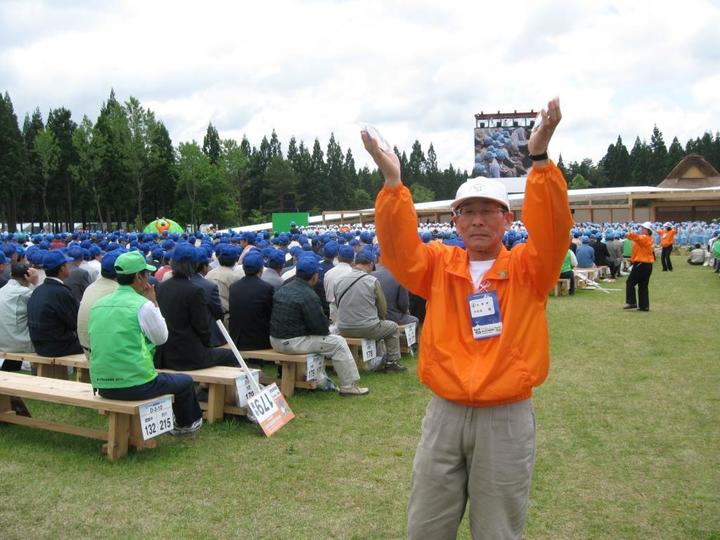 YMT also organized a second stage next to the main stage. Live performances by the guest performers and free concerts with the local Taiko teams lasted about 45 minutes. 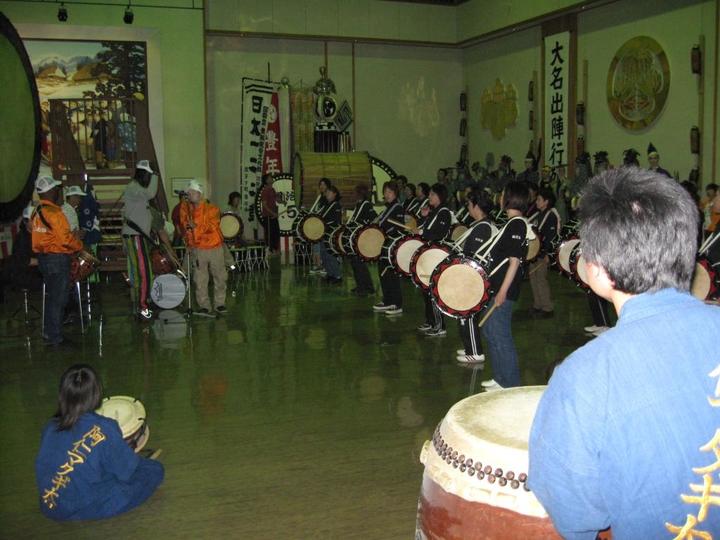 All the Taiko players and the audience enjoyed the performance by the guest performers but also enjoyed the drum circle that was a mixture of traditional Japanese, Senegalese (which is where Latyl Sy comes from), and Brazilian rhythms (played by Francis Silva). 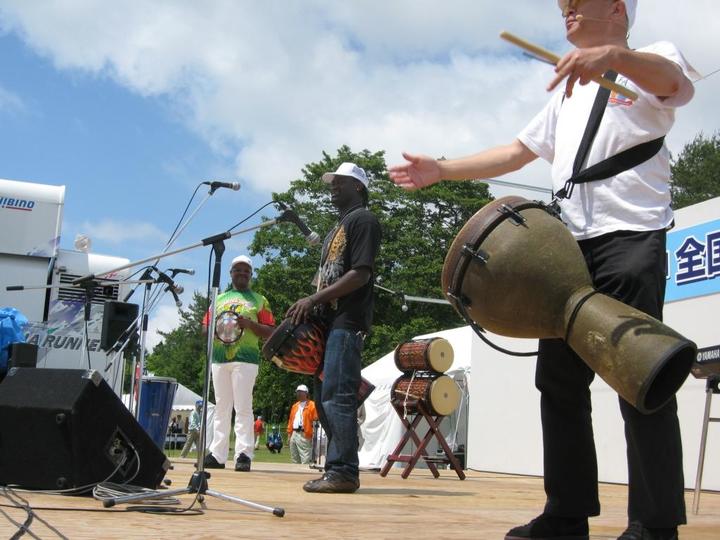 *Performance at the 2nd stage ( From left: Francis Silva from Brazil, Latyl Sy from Senegal, Pecker from Japan ) 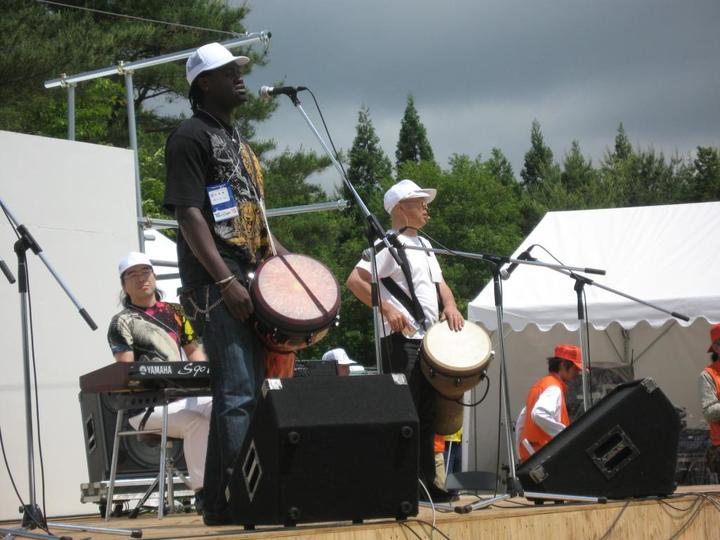 Left to right; Mr. Hajimu Takeda on keyboard, Latyl Sy on Djembe and Pecker on Djembe 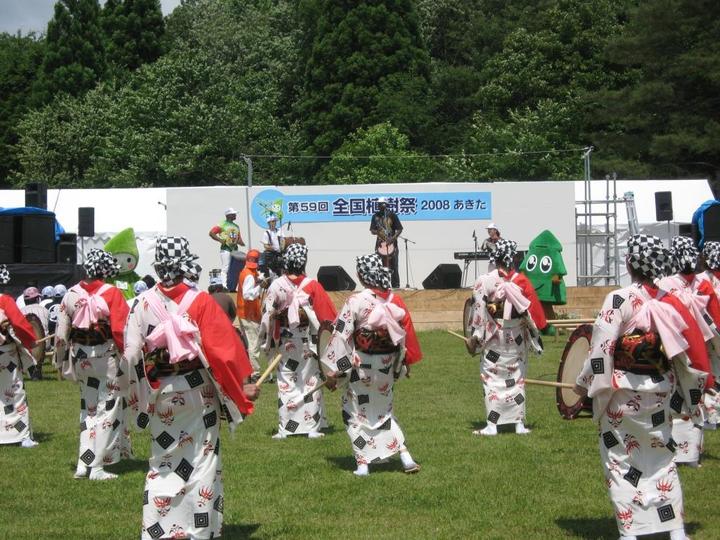 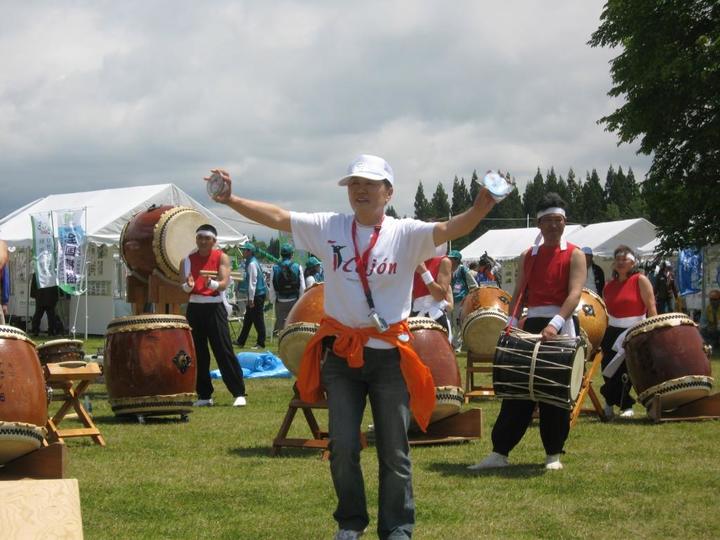 This was a wonderful celebration of nature and life and of course of Japanese tradition and we were very proud to be a part of it!