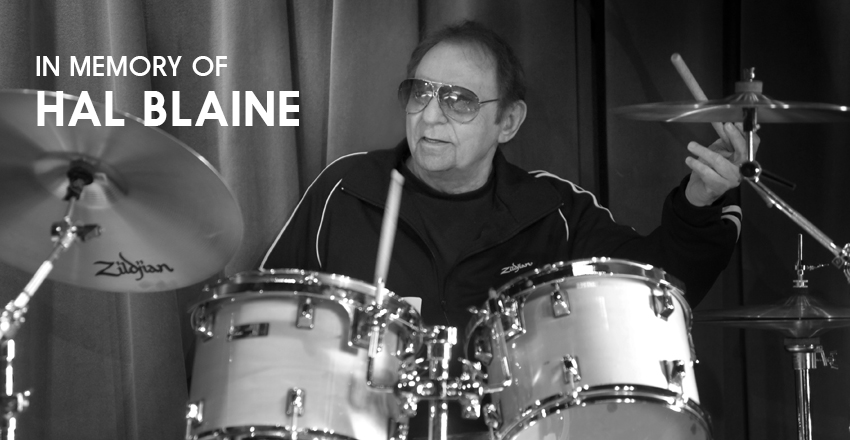 Remo mourns the passing of drumming icon Hal Blaine. As arguably the most recorded drummer of all-time, it is safe to say that Hal’s drumming is heard thousands of times every day all over the world. As the first sideman inducted into the Rock & Roll Hall of Fame, Hal finally received the recognition he deserved after years of uncredited work with thousands of artists. A member of LA’s famed “Wrecking Crew” of session musicians, Hal was the “go to” drummer for thousands of recording sessions ranging from Elvis to The Beach Boys, Herb Alpert & the Tijuana Brass to The Carpenters, John Denver, Glen Campbell, Jimmy Webb, Sonny & Cher, The Mamas & The Papas, Simon & Garfunkel and Steely Dan, just to name a few. If you watched The Partridge Family as a kid, that was Hal you heard playing drums. Hal holds the distinction of playing on 6 consecutive Grammy Record of the Year Award-winners, 8 in all, and 40 #1 hits on the Billboard charts...a record that is unlikely to ever be equaled. The Remo family extends our deepest sympathy to Hal’s daughter, Michelle, and grandchildren.