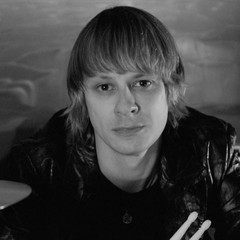 I've been the new drummer in KORN since October '07. We did a massive overseas world tour this year... check out KORN.com for live and behind the scenes video clips from it.

Before KORN, I was the drummer in ARMY OF ANYONE, which features multi-platinum artists Robert and Dean DeLeo from STONE TEMPLE PILOTS and Richard Patrick from FILTER. Our debut CD, which we co-produced with Bob Ezrin (Pink Floyd, Jane's Addiction, Kiss, Alice Cooper), is out now.

I have an instructional DVD out in stores now (Guitar Center, Sam Ash, Pro Drum Shops, etc.) for all you drummers and drummers to be. It has a bunch of lessons including double bass, warm-ups, drum fills and motion exercises in one DVD with a companion booklet. It also features Billy Sheehan and Toshi Hiketa in the performance section.

I graduated from the Musicians Institute in Hollyweird, CA in '89 and was a teacher there at P.I.T. from '92-'01. Check out mi.edu. I grew up on a farm outside of Pittsburgh, PA in a small town called West Newton and I've been playing drums since I was 5. I also play a bit of guitar and bass just to write, have fun and record in my home studio, which is where I spend most of my time, around touring... I travel A LOT and love it! I also go out to eat every single day (except when I'm at my parents house)... I love fine dining.

So as you can see, I completely breathe, eat, sleep and live music... oh, and my last name's pronounced "Lose-Ear" ;)