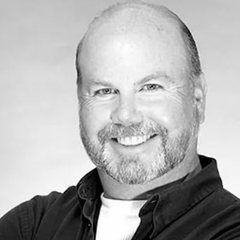 Matt Savage, founder and director of Rhythm Alive, has been passionate about drums and drumming since he was inside his mothers womb!

Matt has a music education degree from the The Crane School of Music and a Masters Degree in Percussion Performance from The University of Southern California. He has been heavily involved in the marching percussion field for 30 years but also has grown to be a sought after drum circle facilitator since 1987.

He has facilitated hundreds of drum circles and training classes throughout the U.S., England and even Moscow, Russia. Rhythm Alive is a rhythm based project that helps develop rhythm, timing, and teamwork for various types of organizations including corporate teams, athletic teams, schools and universities, musical organizations, and communities.

He is a featured drum circle facilitator for Remo Drums, the world's largest supporter of drum circle development, a performing artist for Yamaha Musical Instruments, Vic Firth Drumsticks, and is an endorser for Sabian Cymbals.