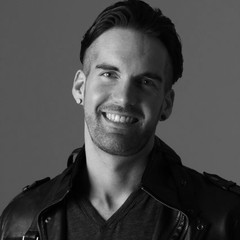 At the age of 2, Zak started playing on his mom’s pots and pans, then quickly moved on to a fabulous “Toys R’ Us” kit.

Zak has had the great opportunity to learn from some of the best drummers in the world. While always in music education, he was also able to receive one on one training from friend and mentor Bill Lordan (Robin Trower, Sly and the Family Stone, Jimi Hendrix). Zak also received training and lessons from greats like Dennis Chambers, Abe Laboriel Jr., Kenny Aronoff and Mike Mangini along the way. But most importantly, Zak embraces the sound, style and musicality of John Bonham.

While growing up in Wisconsin, Zak performed with some of the most talented players and groups in the Midwest. He also had the opportunity to develop his chops in the Bay Port Drum Line. After finishing his schooling at the University of Wisconsin-Eau Claire, Zak made the move to Los Angeles to further his music career.

When Zak is not touring, he can be found in any number of recording studios in Southern California. He also owns his own studio called Burbank-Adjacent Studios and uses his 25+ drum kits and 40+ snares on a daily basis to create the perfect drum sound for each project. Being one of the two "Drum Doctors," he has learned the greatest drum tuning and session secrets from Ross Garfield and continues to consult and work with the world's very best producers, engineers, artists, and drummers. Zak's current endorsements include Remo, DW, Istanbul, and Innovative Percussion.