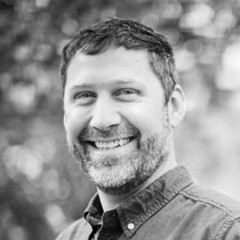 Drummer and educator Zack Olsen was raised all over the western United States and has called Santa Cruz home since 1989. Zack had a love for music growing up but didn't start playing until the end of high school. After studying music at Cabrillo College he hit the road with Santa Cruz ska/rock band Slow Gherkin. He toured the United States nine times, hitting every state except North Dakota, Alaska and Hawaii. They toured Europe several times and once to Japan. In between he studied privately with master drummers Peter Magadini, Eddie Marshall and Dave Black.

Zack is an in demand drummer performing all over the San Francisco Bay Area as well as teaching private lessons 50 hours a week. On top of his regular students he spends his summer teaching at the Kuumbwa Jazz Camp, drum teching for the Monterey Jazz Festival and playing in the pit for Cabrillo Stage’s summer productions. Dedicated to inspire the next generation of drummers, Zack has hosted many guest teachers at his studio, including: Stanton Moore, Allison Miller, Aaron Comess, Bernard Purdie, Ulysses Owens, JR., Nikki Glaspie and Matt Wilson. Zack lives in Soquel, Califorina with his wife and two daughters.