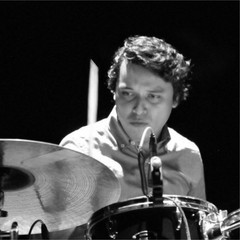 Yilmer Vivas is a Venezuelan young man characterized by his versatility as multi-instrumentalist. He is also an arranger and composer.

Since January 2016 he is a member of the artistic musical team of the prestigious and international renowned Canadian company Cirque du Soleil in the show: Luzia. To Venezuela’s pride Yilmer is the first Venezuelan musician to join the ranks of this great company.

His background goes back to the prolific source of ‘El Sistema” (National System of Youth and Children’s Choirs and Orchestras of Venezuela). Founded by the well-known José Antonio Abreu. He started his musical studies at the age of 8 in San Juan de Colón, Táchira, under the influence of his first percussion teacher José “Cheo” Cárdenas.

In 2005 Yilmer moves to Caracas and begin to study Percussion in the Simon Bolivar Conservatory of Music and the University Institute of Musical Studies (IUDEM). From this year until 2010 he plays percussion in the Youth Symphony Orchestra of Caracas, under the conduction of national and international re-known conductors as Gustavo Dudamel and Eduardo Marturet. He also develops an intense teaching activity bringing his knowledge to several national learning centers of El Sistema. He has participated as professor and guest musician in the International Percussion Festival of the “Llanos” that occurs annually in the city of Guanare, Portuguesa.

He has made international tours and performed with the Waraira ensemble in Hungary in 2005 and Vaare ensemble in Curacao in 2011. He also toured to New York and Boston with the Simon Bolivar Big Jazz Band getting great reviews on his presentation at the Lincoln Center. In February 2012. Yilmer also toured to Belarus as guest drummer of the Big Band of the Americas where he managed a splendid performance and get a favorable welcome by musicians and the conductor of the Big Band as well as the Belorussian audience.

In October 2012 he made a successful tour with the Percussion Ensemble Venezuela to Europe and participated with Vaäre ensemble on FITUR 2013 held in the city of Madrid, Spain. In July 2014 he appeared in the Brass Schagerl Festival in Vienna with the ensemble Strings Under Pressure. He also played with James Morrison and Thomas Gansch.

At the end of 2014, Mexico becomes the country that will launch him towards other international stages. In Mexico City he plays in a variety of jazz, blues, fusion and world music bands and ensembles. He participates in festivals, such as Festival Fundación Hanoga, The Urban Festival Mexico International Music Market, among others. He attends master classes with Mark Giuliana and Kendrick Scott. Also offered master classes and conferences at ULA (Los Andes University, Venezuela), Drumline Drums Academy (Caracas, Venezuela), DIM Music School (Mexico) and Guataca’s Studio (New York).

In 2015, he participates at the FIMVEN 2015 (Caracas International Music Festival) where he plays with Gabriel Chakarji, Carmela Ramírez, Juancho Herrera, Dionis Bahamonde and Carlos Sanoja. Also, in the same city, he presents his project Yilmer Vivas MF’s Quartet together with Pablo Gil (T-sax), Freddy Adrian (Bass) and Carlos Peña (Guitar). He will release his first album Colors in My Mind in 2018.