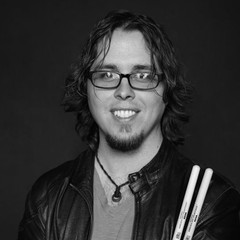 Wayne Salzmann II is a drummer, educator, author, and composer based in Austin, Texas. He has performed and/or recorded with Steve Miller, Kenny Rogers, Kris Kristofferson, Christopher Cross, Bob Schneider, Eric Johnson, Joe Satriani, Mike Stern, Robben Ford, Chris Potter, and many others. He has hundreds of recording credits, including two Billboard no. 1 records, and feature film soundtracks.

Salzmann is the Drum Set Professor at the University of Texas at Austin, and has given drum clinics and master classes worldwide. His book Developing Melodic Language on the Drums has received high acclaim from legendary drummers such as Peter Erskine, Ed Soph, and John Riley, as well as from Modern Drummer Magazine. He currently serves as a member of the Drum Set Committee for the Percussive Arts Society. Salzmann is an Artist and Clinician for DW Drums, Pedals, and Hardware, Zildjian Cymbals, Remo Drumheads, and Vic Firth Drumsticks.