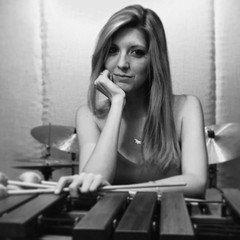 Lauren earned her Masters of Percussion Performance at Indiana University. She earned a B.M. in Percussion Performance from the University of North Texas. Her studies have allowed her to study with renowned percussionists including Kevin Bobo, Steve Houghton, Michael Spiro, Paul Rennick, John Tafoya, Mark Ford, Christopher Deane, She-E Wu, Robert Schietroma and Ed Smith. While pursing her Masters degree she was the Front Ensemble Coordinator for the BOA Grand Nationals Finalist Center Grove Band in Greenwood, IN. Prior to graduate school she held the position of Director of Percussion at Allatoona High School in Cobb County, Georgia.

In 2014, Lauren was selected to perform at PASIC in Indianapolis, IN, for Leigh Howard Stevens clinic “Marimbists guide to Performing Bach”. She was a semi-finalist in the 2015 Great Plains International Marimba Competition in Oklahoma City, OK. In 2012, Lauren had the privilege of traveling to Chennai, India to perform for an audience of over 75,000 people with Oscar winning composer, A.R. Rahman. Lauren also appeared in the 2013 blockbuster, The Hunger Games: Catching Fire, as a timpanist. While living in Atlanta, Lauren performed as a member of the NFL Atlanta Falcons Drum Line. She is a member of the entertainment group, The Wrecking Crew, based out of Atlanta, GA.

While attending the University of North Texas, Lauren was a member of the 17-time PAS National Champion University of North Texas Indoor Drum Line. In 2008, the group won first place at PASIC and in 2011 they traveled to Europe for a special guest performance at the 2011 IPE Championships. She was a member of the 2009 and 2010 Phantom Regiment percussion ensemble, which received the 2010 Fred Stanford Award for high percussion, and of the 2011 Santa Clara Vanguard. Both ensembles were under the instruction of Paul Rennick.

In her spare time Lauren pursues her other passion of working with animals by volunteering at the Georgia Aquarium, Indianapolis Zoo, and with Indiana Canine Assistant Network as a certified service dog trainer. She is also an avid swimmer, trained lifeguard and certified scuba diver.