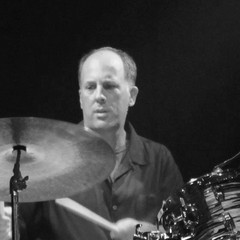 Tom Leddy attended both Indiana University and DePaul University, graduating with a Bachelor of Music in Jazz Studies. Tom had the privilege to study with George Gaber and Shawn Pelton.

Performed with Pete Special (The Band, Big Twist and the Mellow Fellows) for over 17 years. The Pete Special Band held a steady gig on Sunday nights at the old Lyons Den on Irving Park Rd. and was the place to be to hear the 11piece horn band. The band’s CD Mozart Street received critical acclaim and was featured on the House of Blues Radio Hour with Dan Akroyd and at Levon Helm’s Midnight Ramble.

Toured with his own band, Jak Makral from 1986-1992. Jak Makral had a large following in the Midwest and received college airplay throughout the country. Jak Makral appeared on a Dick Clark TV special, won the Tanqueray Rocks Talent Contest, appeared on TV with Natalie Cole, opened for both Hootie and the Blowfish and The Bodeans and was sponsored by Jägermeister, Old Style Dry and Maxx Drum sticks.