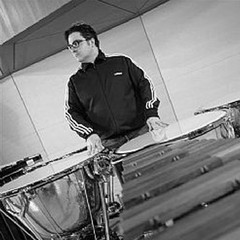 An active artist and clinician for Remo, Adams, Pearl, Zildjian Cymbals and Freer Percussion Products. Tom has done clinics and masterclasses throughout the United States and Europe including Yale University, Peabody Conservatory, Royal Stockholm Conservatory, Chosen Vale, New World Symphony, PASIC 1999/2004 and of course the Duff Masterclass which is the longest running timpani seminar in history now in its 36th year.

Tom has also been awarded two patents on percussion instrument designs and is head of the Percussion department at Cleveland State University where his students have achieved considerable success as orchestral timpanists and percussionists over the past 26 years. He has recorded extensively and toured with some of the greatest conductors of our time, all over the world. Tom can be heard on over 30 Cleveland Orchestra recordings on the London/Decca and Deutsche Grammophon labels.