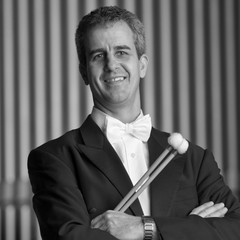 Tim Genis has been the principal timpanist of The Boston Symphony since 2003 and was the Assistant Timpanist/Percussionist from 1993-2003. He is also the head of the Percussion Department at Boston University and the Boston University Tanglewood Institute.

Mr. Genis is a graduate of the Juilliard School and has studied with Roland Kohloff, Buster Bailey, Chris Lamb, Joe Morello, John Beck and Anthony Cirone. An avid clinician, Tim has given master classes throughout North America, Europe and Asia.