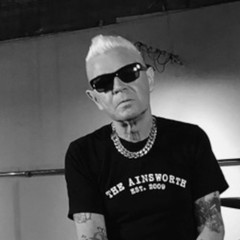 Thomas Price was born and raised in Brooklyn, New York. By the tender age of 16, he had already hit the road playing drums in rock bands ... and he hasn't stopped since. Schooled on "early blue-eyed soul" like The Dave Clarke 5 and The Young Rascals, he found his chops playing along with his older brother's 45's of drum-heavy songs like "Bits and Pieces" and "Glad All Over" (the latter of which he now covers in his own new band ... but more on that later...)

He has spent his life on the road and in the studio, and along the way has become one of the most well known and highly sought after skin bashers in the business. His style is unique in that he has a sound completely his own, and his talent is impossible to overlook, but he stays solid and in the pocket without the flash and distractions of most well known drummers. He can provide the fireworks without losing his place as the most rock solid backbone around. For this reason his list of credits is almost endless...

Somewhere in there he even had time to record his own album with childhood friend and music partner Kasim Sulton. The band Price-Sulton, released a full-length album on CBS Records called Lights On. Price-Sulton also had a song featured in a movie starring Susanna Hoffs called The All-Nighter. This project was the first time Thommy stepped up to the front of the stage, playing guitar and singing his original songs. The only thing difficult about the move? "I had to find another drummer that sort of played like me."

And of course for more than 30 years now, Thommy Price has been a Blackheart. "In the beginning I was just playing on Joan's records, but I wasn't really in the band. Kenny Laguna would call me all the time and say 'Are you ready yet?' At the time I was in Mink DeVille and touring all over Europe for months at a time. What really sold me on being a Blackheart was a show I saw them do at Radio City one year. It was unbelievable. I watched the whole show from the sound desk, so I was able to see the whole stage. It reminded me of seeing The Who. It didn't just sound great, it was like seeing a really great play or choreographed dance. Whether or not they planned it, the band was moving together and flowing perfectly. It was a perfect show. It was beautiful to watch. I left Radio City that night saying THAT'S the band I need to be in. It was a gang ... a perfect rock and roll gang."

Besides being a Blackheart, Thommy continues to write and produce with others.

In his latest side project "Downtown Phantom" Thommy has reunited with old friend and bandmate Johnny Rao and Joey Vasta.