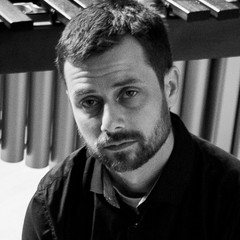 Dr. Thad Anderson (b. 1980) is an Assistant Professor of Music at the University of Central Florida where he coordinates the percussion studies program and teaches courses in music composition and technology. Joining the faculty in 2009, Anderson also presides over the Collide Contemporary Music Series and Festival. Anderson is a versatile performer and pedagogue with focused interests that span contemporary music, historic American percussion ensemble repertoire, composition, design, electro-acoustic music, conducting, and technology.

Additionally, Dr. Anderson is highly active in the Percussive Arts Society community where he is a past President of the Florida chapter and a member of the Music Technology Committee. Dr. Anderson completed his undergraduate work in Music Education at the University of Central Florida and received his Masters of Music and Doctorate of Music Arts in Percussion Performance from the University of Texas at Austin.