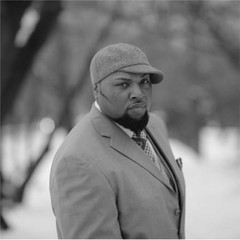 Grammy winning, musician extraordinaire, Terreon Gully is one of the most influential artists of his generation. Widely recognized for his creativity, versatility and authenticity, Terreon is in high demand. His innovative and distinct sound has inspired artists such as Dianne Reeves, Christian McBride, Stefon Harris as well as John Beasley’s Monk’estra to make him a member of their bands.

Committed to education and inspiring other musicians, Terreon served as a Professor of Music at the University of Manitoba in Winnipeg, Canada and has given clinics and master classes all over the world; including, Australia, Canada, France, Germany and New Zealand.

Originally from East St. Louis, Illinois, Terreon refined his musical talent in New York City, after completing college at the University of Houston in Houston, Texas. Currently, Terreon makes Atlanta, Georgia, his home, where he continues to enhance and develop his craft.