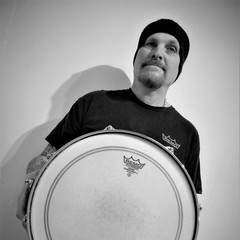 Norways's Ted Parsons has been the propulsive force behind some of the heaviest music of the ’80s and ’90s, including experimental rockers Swans; metalcore upstarts Prong; and industrial-rock cult heroes Godflesh. He has also lent his talents to Killing Joke, Jesu, Metallic Taste of Blood ,British Dub hero Gaudi . electronic dub outfit Teledubgnosis and Bucket Head, to name a few.

Parsons came up in the gritty, post-punk/no wave scene of early ’80s New York, in which the legendary club CBGB provided the focal point for much new music of that decade. After Prong signed to major label Sony, he spent a significant amount of his career touring the world. Today he lives in Oslo, Norway with his wife and two kids, where he continues to break the sticks and make a joyful noise.