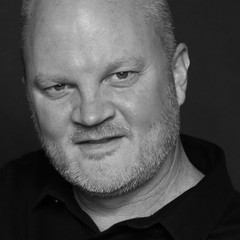 Steve Hatfield is drummer/educator based in Wichita, KS. Steve studied percussion at Wichita State University with Dr. J.C. Combs. He has also studied with Ed Soph, Steve Houtghton, Bruce Chaffin, and Rod Fetter. Since then, Steve has gone on to become one of the most in demand drummers in the Midwest. He has shared the stage with artists such as Joe Williams, Martina McBride, Allan Vizzutti, Glenn Alexander, Bob Florence, and Jerry Hahn, among others.

Strongly dedicated to education, Steve serves as adjunct instructor at both Wichita State University and Butler County Community College. He has maintained a thriving private teaching practice since 1984 and operates studios both at Air House Music Academy and Midwest Drum & Percussion in Wichita. As a clinician and endorser for Yamaha Drums, Zildjian Cymbals, Vic Firth Drumsticks, and Remo Drumheads, Steve has performed masterclasses throughout the Midwest as well as Mexico and Canada.