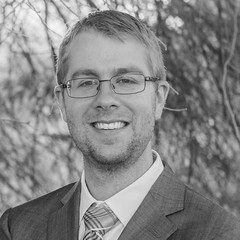 Dr. Shane Jones is the Director of Percussion Studies at the University of Tennessee at Martin, where he was appointed as Assistant Professor of Percussion in 2017. He has studied and performed around the globe, including in Brazil, China, Trinidad/Tobago, Puerto Rico, West Africa, and across the United States.

Currently, Shane is percussionist and logistics coordinator for Khemia Ensemble, a mixed chamber group that has performed and held residencies across the United States and internationally, including venues such as National Sawdust in New York City, University of Michigan, Michigan State University, Wayne State University, Tufts University, The National University of Bogota (Columbia), and the National University of Corboda (Argentina), and Avaloch Farms Institute. He also co-directs and performs in Stratus Ensemble, an Ann Arbor based flute/percussion duo dedicated to promoting diversity through the creation of new repertoire and community outreach, and is a founding member and director of steelworks, a steel drum band that he and his wife Chelsea Jones started in 2014 that plays popular and folkloric music from the Caribbean.

As an experienced musical theater pit-musician, Shane has performed on Broadway as drummer/percussionist for the musical 1776 at 54 Below. He was the percussionist for the off-Broadway premier of the Tony Award and Pulitzer Prize winning show Next to Normal and the 2013 regional tour of Cabaret. He has performed at venues such as Broadway's 54 Below (NYC), Cincinnati Playhouse in the Park, Ensemble Theater Cincinnati, the Monomoy Theater (Cape Cod), and the last floating river showboat, the Showboat Majestic.

As the Director of Percussion at University of Tennessee at Martin, Shane teaches applied lessons, orchestral percussion repertoire, contemporary classical chamber music, percussion literature and history, professional development, and musical styles from Ghana, Guinea and Mali, Zimbabwe, Trinidad, Cuba, Puerto Rico, and Brazil. In addition to teaching, Shane directs numerous community outreach and engagement programs, including Roots of Rhythm, a program that elevates cultural awareness about music from the African Diaspora, showing how the Atlantic Slave Trade influenced musical cultures around the globe. Each year the UTM Percussion Studio performs and tours throughout Middle and West Tennessee, reaching over 6,000 students and community members annually. In addition to percussion, Shane is also the founder and coordinator of UTM Sessions, a video series dedicated to sharing creative musical projects by the UTM Department of Music students and faculty.

Shane's research interests are in the music of the African Diaspora, specifically West Africa, Brazil, and Trinidad/Tobago. In 2015 he was awarded a Tinker Foundation Field Research Grant and Center for World Performance Studies Summer Research Fellowship to study contemporary samba percussion in Rio de Janeiro, Brazil. He performed at the 2016 Panorama Competition in Trinidad/Tobago with the PCS Nitrogen Silver Stars under the direction of Liam Teague. Shane has also traveled to Ghana, West Africa, first in 2008 and most recently in 2016 on an International Institute Individual Fellowship to study the percussion music and culture of Ewe, Dagara, and Ga people.

Shane is a proud Yamaha Performing Artist and endorser of Innovative Percussion sticks and mallets and REMO drumheads.