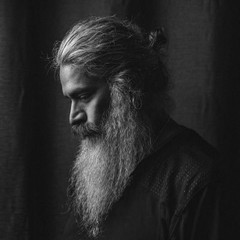 Satnam Ramgotra brings 30+ years experience to the Hollywood landscape as a studio musician for TV & film, a composer & a live-performance drummer & percussionist for world-renowned artists. Blending his training in Indian classical music with modern percussive styles allows him to create within a wide array of genres from punk & funk to classical & jazz. Ramgotra says, “I have an instinctual ability to capture the colour, style & emotion of what is intended to be created musically”.

Amongst the ‘A-list’ composers he collaborates alongside he is a house-musician at Hans Zimmer’s Remote Control Productions & worked on such projects as The Lion King 2019, The Dark Knight & Black Hawk Down as well as a co-composer on Dunkirk. His versatility in the industry allows him to perform, record or tour with artists like Beck, Sting, Pharrell Williams, Macy Gray, Shakira & he has appeared on The Late Show with Stephen Colbert, The Tonight Show with Jay Leno & the 84th Academy Awards. You may have also heard his work on the A&E, Discovery, Epix, Food Network, History Channel, MLB, NFL, NHL Showtime networks as a composer for the boutique music library house Extreme Music.Satnam has been musically gifted since childhood. His “Mouth-percussion” (his own style of ‘beat boxing’ emulating the drumset) was practiced daily in elementary & high school which landed him a seat in the principle’s office regularly. As a professional musician his ‘mouth-perc’ talent has become a defining skill in his repertoire and was sought after by Oscar-winning composer, Hans Zimmer to create and record on the score for Ridley Scott’s Black Hawk Down. At the age of 10 his foundational training began on drum set and Indian classical tabla with his formative years filled with performing and competing in national band festivals across Canada with repeated award-recognition for his talent. To further develop his technique Satnam studied at the world renowned Percussion Institute of Technology in Hollywood, now known as The Drum Program, as well as The Ali Akbar Khan College of Music in San Rafael under world-renowned Tabla Maestro, Pandit Swapan Chaudhuri. Becoming an expert in his field also presented the invite to be a guest teacher for master classes at Poly-Rhythmos School of Music (Athens, Greece), The Jazz School of Luzerne (Luzerne, Switzerland) and his Alma Mater, The Musicians Institute (Hollywood, CA).

Satnam lives in Los Angeles & has an artist residency at Remote Control Productions in Santa Monica, CA. When he isn’t banging on the drums his hands still remain the source of his passion & creativity; cooking for friends, prepping on the line with the chef de cuisine or a Stagiaire in his favorite Michelin starred restaurant. And don’t forget the wine with that cheese! Satnam is currently studying to become a Sommelier. Did he mention he’s Canadian, eh? Satnam is a devout hockey fan and die-hard follower of the 24 time Stanley Cup champions, The Montreal Canadiens. Go Habs Go!