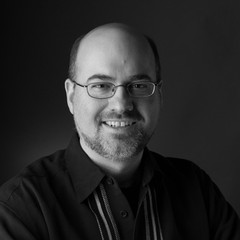 Roger Braun is Professor of Percussion at Ohio University, where he was recognized as the institution's Presidential Teacher in 2016. His prior teaching appointments include University of Wisconsin-Stevens Point, University of Michigan-Flint, Albion College, and the Interlochen Arts Camp. In addition to teaching all areas of percussion performance, Braun has taught courses in jazz performance and history, music technology, music theory, American popular music, and collaborative arts. He has presented numerous percussion master classes and clinics throughout the United States, and internationally has given master classes with Galaxy Percussion in Japan, presented at the 2008 Seoul Drum Festival in South Korea, the 2009 Cross Drumming Festival in Poland, and adjudicated the symphonic percussion competition at the 2004 Percuba Festival in Havana.

Braun can be heard on more than a dozen CD recordings, including performing, directing and producing Sticks and Stones: Music for Percussion and Strings, a CD of contemporary music for Equilibrium. He has performed extensively throughout the United States, Europe, and Asia. The wide range of his work includes orchestral percussion with symphonies, world percussion with the Biakuye Percussion Group, latin jazz with Los Viejos Blanquitos, completely improvised music with frequent collaborator Andre Gribou, and contemporary music with Galaxy Percussion and the Ohio Percussion Collective.

Also a composer, Roger Braun’s compositions and arrangements have been performed around the world and draw upon contemporary, jazz, and world music influences. His repertoire includes works for percussion ensemble, jazz percussion ensemble, solo marimba, string quartet, saxophone quartet, prepared vibraphone, and solos and etudes for snare drum. His music is published by his company, Ohio Percussion.