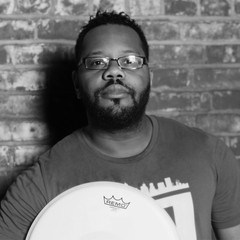 From Blues Royalty, the son of Bobby "Blue" Bland and godson of B.B. King, Rodd Bland rose up from the age of 3 learning traditional blues from his father's drummers, John "Jab O" Starks, Harold "Peanie" Portier, and Rodd's brother, Tony Coleman to become an exceptional band anchor rounding out any musical sound.

Spending much of his time touring live, Rodd has additionally contributed to sessions with talent such as Ian Siegal, and Darren Jay and The Delta Souls. Rodd appears alongside his father in Austin City Limits and Music Voyager. As well as the documentary, Take Me To The River, playing with his father and Yo Gotti. Furthering with Sundance Film Festival concert for the movie anchoring the drum throne with The Hi Rhythm Band, playing behind STAX legends William Bell and Ben Cauley Jr. as well as Oscar award winning rapper Frayser Boy and Al Kapone.

As Rodd enters a new era of his life as a musician, with the loss of his father, King and Clay, he has taken the opportunity to pass on lessons he learned to a new generation of blues fans while carrying on the great legacy of being born into Blues Royalty. Currently Rodd staying in an active role behind the bands: Brimstone Jones, Will Tucker, The Blues Player's Club, or Rodd Bland & The Members Only Band (Bobby Blue Bland Tribute), and touring internationally on festival circuits with such great artists as The Reverend Shawn Amos.