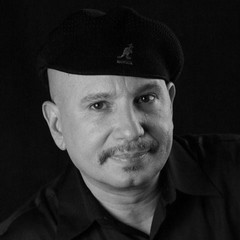 For the past 30 years, Robert Lawrence Friedman MA, psychotherapist, author, professional speaker, and musician, has provided his dynamic and interactive rhythm-based programs to audiences throughout United States, Europe and Asia. In 2014, Mr. Friedman was awarded the Hearst Scholar award for his innovative work in the area of rhythm-based exercises and their effects on health and wellness. Drawing on his experience as a psychotherapist and professional drummer, Robert has provided captivating and interactive rhythm–based programs to tens of thousands of audience members on the ability of the drum to transform, engage and delight. He was featured on the year-long Discovery Health Channel documentary, “Class of ’75,” “The Today Show” (NBC), NY One News, Fox News, E Television, “The Alive and Wellness Show” (CNBC), as well as on the Fuji and Sankei television networks in Japan. Mr. Friedman is the author of the books, The Healing Power of the Drum— A Psychotherapist Explores the Healing Power of Rhythm(White Cliffs Media, 2000) andThe Healing Power of the Drum – A Journey of Rhythm and Stories(Pathway Books, 2010). These groundbreaking books explore the power of rhythm to create positive psychological and physiological change in challenges ranging from Alzheimer’s Disease, Parkinson’s Disease, Grief counseling, and other related conditions. In addition, he recently publishedHow to Relax in 60 Seconds or Less(Healthy Learning, 2011). Mr. Friedman has been interviewed in theU.S. News and World Report,The Wall Street Journal,The Washington Times,Self Magazine,Alternative Medicine Magazine,Cosmopolitan Magazine,Newsdayand many others. He had been theHealing Drumcolumnist inDrum Magazinefor two years and has published over seventy-five articles in numerous journals and publications. In addition, Mr. Friedman has provided his rhythm-based programs to scores of organizations, including Parker Rehabilitation, Kessler Rehabilitation, Bronx Center for Rehabilitation, and throughout the Saint Barnabas Health Care System hospitals for the past 14 years. He has offered his programs internationally throughout Canada, Switzerland, Spain, Ireland, Germany, Malaysia and Singapore. Mr. Friedman has been a Remo drumming artist since 2001. He has also been the sub-chairman of the Percussive Arts Society Health and Wellness Committee since 2002. In addition, Mr. Friedman currently serves on the Advisory Board of the Drum Circle Facilitators Guild. He is also an active member of the National Speaker’s Association.