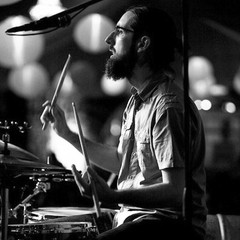 Rob Heath is a touring and recording musician, composer and producer based in Brooklyn, New York.