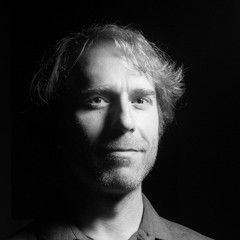 “Doc Rock,” as his students affectionately refer to him, is a versatile performer and experienced music educator committed to challenging his students towards musical excellence and lifelong personal growth. His former students are high school band directors, graduate students, and professional performers throughout the country.

Additionally, Dr. Rockwell teaches as an Adjunct Instructor at Jackson State University, where he was formerly an Assistant Band Director with the famed “Sonic Boom of the South” marching band, and Instructor of Music from 2006-2012. While there he has taught Graduate and Undergraduate applied percussion lessons, Honors Music Appreciation and Percussion (Methods) Class

Rockwell performs regularly with the Mississippi and Meridian (MS) Symphony Orchestras, as well as his jazz trio, the Vibe Doctors. He has appeared on NPR, PBS, and participated in the 1994 World Cup opening ceremonies in Orlando, FL as a snare drummer with the World Finalist, Magic of Orlando Drum and Bugle Corps. In July of 2016, he was featured on ”The Mississippi Arts Hour,” an hour-long radio show produced by Mississippi Public Broadcasting (MPB).

He is the recipient of many awards recognizing his skill as a performer. In 2015, Rockwell was granted a Performing Arts Fellowship by the Mississippi Arts Commission (MAC). While a graduate student at the University of Illinois, he was named the 2000 “Debut Artist,” the School of Music’s highest honor for a student performer each year, culminating in a professional “Debut” recital, held in the Foellinger Great Hall in the Krannert Center for the Performing Arts at the University of Illinois, Urbana-Champaign.

Rockwell earned the Master of Music and Bachelor of Music degrees in Percussion Performance from the University of Illinois, Urbana-Champaign. His primary teachers were marimba virtuoso William Moersch, and long-time percussion educator and scholar Thomas Siwe. Prior to moving to Jackson, MS, he worked as a free-lance musician and educator in New York City, Washington, D.C. and Nashville, TN. In 2015, he completed the Doctor of Musical Arts degree in Percussion Performance and Pedagogy, at The University of Southern Mississippi where he was a student of Dr. John Wooton.