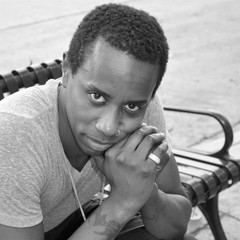 Grammy-nominated drummer, Oscar Seaton Jr., displayed his talent for drums at the age of 4 when he began playing on his Mom’s pots and pans growing up in Chicago. His craft was further developed in the church prompting the realization that “being a drummer was not a choice for me, it was my God given talent; it’s a part of me. When I’m playing, I’m complete; becoming one with the music”.
Oscar eventually earned the nickname “SEATPOCKET” due to his impeccable timing. While Oscar’s illustrious career includes working with music legends such as Ramsey Lewis, Lionel Richie, Grover Washington Jr., David Sanborn, Joe Sample, Yolanda Adams, Kirk Whalum, Brian Culberson, Boz Scaggs, George Benson, Lee Ritenour, and Terence Blanchard in addition to countless others. He has also amassed notoriety for his contribution to television performances and movie soundtracks. A highlight of Oscar’s prolific work is the 2015 studio recording of the socially conscious, Breathless, with Terence Blanchard and The E-Collective, where musical expressions were used to address the gun violence and tensions in America, thus earning a Grammy nomination for this powerful quintet.