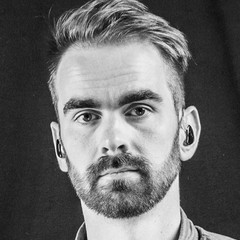 Nick Molenda studied Jazz Drumset and Percussion at the University of Washington in Seattle, WA, and has been performing and educating professionally for over 13 years.

Nick’s music career focus has been somewhat split in two: as a drumset artist on one half, and a marching percussion educator on the other.

Over the last several years, Nick has also been lucky enough to be involved with Allen Stone, Tess Henley, Cracker Factory, and Discs of Fury to name a few.

Nick is well-respected in the northwest marching percussion community and beyond most notably from a recent 7-year stint instructing, coordinating, and arranging for the University of Washington Husky Drumline. During his time with UW, Nick helped propel the UW drumline from regional to national prominence. In the summer of 2013, Nick also led the Seattle Cascades Drum & Bugle Corps to their highest percussion scoring on the Drum Corps International Summer Music Games Tour in the last 8 years. At the high school level, Nick was an instrumental piece as a front ensemble/sound design supervisor for the award winning Kamiak High School (Mukilteo, WA) WGI Winter Percussion Ensemble in 2012 and 2013 during their undefeated run in the NWAPA Winter Percussion regional competition circuit. Nick has also been involved with both the Seattle Seahawks Blue Thunder Drumline & Seattle Sounders FC Sound Wave Band, and regularly adjudicates for regional marching band, drumline, and solo & ensemble competitions.

In addition, Nick has built a sizable following of drumming enthusiasts on YouTube gaining world-wide acclaim from a short series of note-for-note transcription performance videos. Perhaps most remarkable was a shocking replication of a near 5-minute classic Aaron Spears solo from his performance at the 2006 Modern Drummer Festival Weekend of Usher’s hit “Caught Up”. Spears himself even lauded the effort via Twitter within hours of the original upload. Nick currently resides in Seattle, WA with his girlfriend, Bridget.