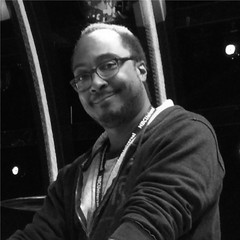 Nate Morton (born December 30) is an American drummer. He is the drummer for the house band on NBC's TV show The Voice.

In 2005 and 2006 Morton appeared on the Mark Burnett's Rock Star: INXS and Rock Star: Supernova reality shows, as drummer for the House Band. During that time he has also appeared on two CDs, Rock Star: A Night at the Mayan Theatre, and Dark Horse, released by Ryan Star.

In 2004, Morton completed a national tour as drummer with the American Idol band. Before that, he was the drummer for platinum-selling, Grammy-nominated, singer-songwriter Vanessa Carlton. He spent two years as the drummer for Natalie Cole, toured with Chaka Khan, The Hippos, and Poe and performed with Madonna at the 2002 Grammy Awards. Morton is endorsed by Pearl Drums, hardware and pedals and as of 2015 percussion formally endorsed by RhythmTech, as well as Zildjian drumsticks and cymbals, Roland electronics and V-Drums and Remo drumheads. He's a graduate of the renowned Berklee College of Music, cites Animal from The Muppets as his primary influence and thanks his parents and his first drum instructor Grant Menfee for their early support of his musical aspirations. "The bottom line is I hit things with sticks for a living, and that's a pretty fun job."

Morton and the House Band toured the United States with Paul Stanley (from KISS) in October/November 2006 as well as Australia in April 2007.

In 2008 Morton performed on MTV's Rock The Cradle with Rock Star (TV series) House Band members Rafael Moreira and Paul Mirkovich. Outside of the studio he has also performed with Miley Cyrus and Rafael Morieira's band, Magnetico.

"  “Xerox" became synonymous with copy machine, “iPod” came to define an MP3 player, and if it was a plastic, sealable kitchen container, it was “Tupperware”,… That’s the way I’ve always felt about Remo drumheads. Remo was the choice for so many of my heroes. Growing up, Remo was on all the drums I ever played, both drum set and marching percussion. Remo is requested by all the sound engineers I’ve ever known to have an opinion. To say, "Remo is the benchmark” or “Remo is the industry standard” is an understatement. More accurately, the definition of drumhead is “REMO."  "  -Nate Morton