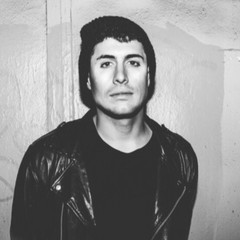 Nate moved from the small town of Steamboat Springs, Colorado to Hollywood at 18 to make music. After making a few albums with his bands One Year Yesterday and Dear California he eventually accrued a small network in the Los Angeles music scene.

Eventually he began touring with Eric Hutchinson for a little while doing fly dates and an overseas tour to Africa and the Middle East.

In 2014 Nate joined La Sera and toured Europe with them as well as playing some US Shows and worked with Madi Diaz while co-writing his own music in a band called Le Noire.

In 2015 he got called to tour with Halsey which led to two years of touring North America/South America/Europe/Asia/Australia, playing shows at Red Rocks, Coachella, Madison Square Garden, The Forum, Jimmy Kimmel, Colbert, VMA’s, MTV Movie Awards and hundreds of other shows. That year he also recorded on Ryan Adams “1989” that made it to #7 on the billboard charts. In 2016 he toured more with Halsey and began touring with Ryan Adams doing shows in Australia, Japan, US, and Late Night TV like the Tonight Show with Jimmy Fallon and more! He was also writing his own music in his band Blacktop Queen during all this working with producer/writers like Paul Banks, Terrace Martin, Rome, and many others. In late 2016 Nate signed a publishing deal with BMG for songwriting.

He is currently on an US Arena Tour tour with Halsey and doing writing in LA when he is home preparing for his band, Blacktop Queen’s, EP release.