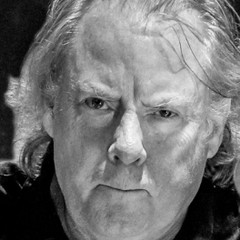 Over the course of his eminent career, Michael Shrieve has written, produced and played on albums that have sold millions of copies worldwide. As the original drummer for Santana, Michael – at age nineteen – was the youngest performer at Woodstock. He helped create the first eight albums of this seminal group, and was at the forefront of shaping a new musical era.

Michael is respected worldwide for his adventurous experimentation with the most creative and masterful musicians. No other drummer has collaborated with such longevity and sophistication alongside artists in such diverse genres as rock, jazz, electronic, DJ and world music. He is well recognized for his groundbreaking adoption of electronic percussion when it was a new medium in the 1970s.

Michael Shrieve also composes music for film and television. He worked with the director Paul Mazursky on the film, “The Tempest,” and scored music for Curtis Hanson’s “The Bedroom Window,” as well as numerous television movies and shows. In 2002 Michael wrote and produced the song, “Aye Aye Aye,” with Carlos Santana, which appeared on the album, “Shaman.” Rolling Stone magazine acknowledged it as one of the songs that “leaps out of the album, joyful and organic without calculation,” and achieves “globe-spanning euphoria.”

Michael continues to strive for innovative approaches to percussion-based music, and records with both renowned and emerging artists (Skerik, Jack DeJohnette, Zakir Hussain, Reggie Watts), in addition to his own band, Tangletown.

Since 1990, Michael has participated in Seattle’s Bumbershoot Festival as host, performer and curator of the popular “Bumberdrum,” which brings together a stage full of the many percussionists participating in this world-class annual art and music festival. Michael was the Musical Director for the pre-game show of Major League Baseball’s 2001 All Star Game hosted by the Seattle Mariners, which involved over 80 drummers and dancers representing numerous countries.

Michael is the past President of the Pacific Northwest Branch of the National Association of Recording Arts and Sciences (NARAS), and is currently writing the memoirs of jazz drumming legend Elvin Jones. He serves as Musical Director for Seattle Theater Group’s “More Music @ The Moore,” a program that highlights gifted young musicians from Seattle’s various cultural groups.

Michael Shrieve currently lives in Seattle and Los Angeles. He continues to work on projects that are both groundbreaking and soul-filled. In 2006 he will release a musical collaboration entitled, “Drums of Compassion,” for which he is composer, producer and drummer. It brings together some of the world’s most respected percussionists and musicians: Obo Addy, African Drums; Jack De Johnette, Drums; Jeff Greinke, Keyboards, Sound Sculpture and Composer; Zakir Hussain, Tabla; Airto Moriera, Brazilian Percussion; BC Smith, Orchestral Arrangements; James Whiton, Bass.

Michael Shrieve was inducted into the Rock and Roll Hall of Fame in 1998. In 2005, Michael received the Guitar Center’s first annual “Lifetime Achievement Award.”

"I owe Michael a lot; He's the one who turned me onto John Coltrane and Miles Davis. I just wanted to play blues until Michael came. He opened my eyes and my ears and my heart to a lot of things. Some drummers only have chops, but Michael Shrieve has vision. Michael is like a box of crayons; he has all the colors."  -Carlos Santana