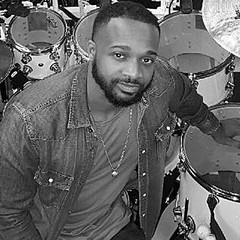 Born in Baltimore, Maryland, Mike Reid first learnt by playing at the age of three. His zealous interest in drums at such an early age propelled him to keep playing whenever he got a chance. He then joined both the school and church band. Michael enjoyed it as it was his first experiences with playing in a band. These experiences influenced him to start dreaming of becoming a professional drummer one day. Within a short time, he began to perform in many venues nationally and internationally. Mike was always in the company of musicians. His skills began to get noticed by some music professionals and he soon ventured into a professional career at the age of sixteen. Mike is beginning to make quite a name for himself in the music industry. Having worked with some of the biggest names in the music world, most notably, Demi Lovato, Justin Timberlake, Jay Z, Jill Scott, Joe Jonas, Pharrell Williams and N.E.R.D, Cece Winans, Donnie Mcclurkin, Hot Chelle Rae, Darin Atwater and Soulful Symphony, Toni Braxton, Babyface, Patti Labelle, Smokie Robinson, Beyonce, Rhianna and a host of others. He has also made many television appearances including, The BET Awards, The Tonight Show, Good Morning America, American Idol, Britain Got Talent, Michael and Kelly and Jimmy Kimmel. Along, with a number of session work projects both studio and live. In 2010, Mike helped formulate a fusion/inspirational band Elevation, which shows his versatility in various styles of music. Some of his influences have been Vinnie Colaiuta, Darrel Robinson and Brian Fraiser Moore. As of most recently, Mike participated as a judge for Guitar Center’s 27th Annual Drum-Off Competition in Los Angeles. Currently, Mike Reid is gearing up for Rhianna’s Anti World Tour. His hope is to inspire and encourage others by offering motivational speeches and mentoring classes to aspiring drummers. Mike’s passion is to express his love for the art of music through the rhythmic sound of drums. His humble approach will continue to make room for his success. He desires to keep growing in the profession as he strives to create a lasting impression in the music industry.