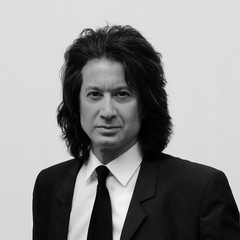 Michael Cartellone was born June 7, 1962 in Cleveland Ohio. He began painting at the age of four and drumming at the age of nine. Music and Art would be a simultaneous learning adventure throughout his childhood.

Michael's professional music career began at the age of 11, when he played his first bar. After many years on the Cleveland club circuit, he moved to New York City at the age of 22. After playing with former Roxy Music/UK keyboardist Eddie Jobson and then former Styx guitarist Tommy Shaw, Michael found himself a member of the multi-platinum selling band Damn Yankees. This was the springboard for a career that has included recording and/or touring with John Fogerty, Peter Frampton, John Wetton, Freddie Mercury, Cher, Adrian Belew and Accept. Since 1998, Michael has been the drummer for the legendary Southern Rock band, Lynyrd Skynyrd.

Michael is very proud to be a longtime Remo Drumhead Endorser, officially beginning his endorsement in 1988.