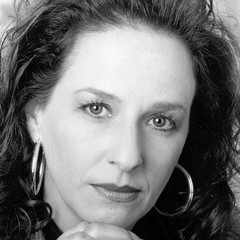 Maria Martinez is a highly regarded drummer, percussionist, clinician, session artist and educator based in Los Angeles. Originally from Camaguey, Cuba, Maria was raised in New Orleans, Louisiana, and began playing drums as a child and was playing professionally by the age of 15. Maria played various night club's in the French Quarter including Tipitina’s, the Dream Palace, Old Opera House as well as, the New Orleans Jazz Festival, River Gate Convention Center and the Louisiana Super Dome.

After attending Percussion Institute of Technology (P.I.T.) and receiving the honored Player of the Year Award she joined the faculty and taught at the school for the next 18 years. Maria currently offers drum lessons on her Drumonwithmariamartinez.com website and performs drum clinic's at Universities (UCLA, SJSU, CSUN) music stores (Sam Ash, Guitar Center, Manny's Music and Drum Circuit) and many private and public schools. She has been invited to perform drum clinics at Percussive Arts Society International Convention (PASIC)and the Berklee College of Music, among many other venues.

Maria has several instructional book/DVDs and play-along packages on the market all published by Hal Leonard, which include notable quotes from Joe Porcaro, Walfredo Reyes, Curt Bisquera as well as Vinnie Colaiuta's comment on the Afro-Cuban Coordination For Drumset DVD.

"Maria has the gift of communicating her ideas clearly and in a way that everyone can understand. This is a rare and welcome faculty, which makes learning fun. I really enjoyed this video; she played and explained it great!” - Vinnie Colaiuta

Most recently Maria recorded on Maia Sharps new release The Dash Between the Dates, Jaydee Maness, From Where I Sit, Tracy Niles, One Step Ahead and Tim Weisberg, Another Byte. She's also appeared on several television shows including The Nick & Jessica Simpson Christmas Show, The Drew Carey Show, Dukes of Hazard, The Late Show and Soul Train.

As a versatile drummer Maria is able to capture the feel and authenticity of any drumming style. Without hesitation, she possesses the skill and musical intuition to play Latin, Jazz, Funk, Country, Rock and R&B.