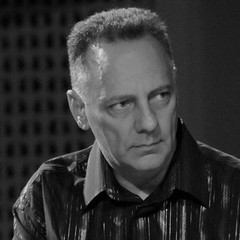 Marc is the Dean of the College of Performing Arts at The University Of The Arts in Philadelphia and a Professor of Drumset and Music Business. He is also a very busy professional drummer and clinician with dozens of international concert dates and clinics throughout the year.

At UArts, in addition to his work as the Dean of the College, Marc teaches drumset, percussion, and courses in music business to undergraduate and graduate students, directs an alternative percussion bucket drum ensemble, called Rumble, and a Salsa Ensemble, and produces the annual high school and college jazz festivals.

Marc has been with the Grammy organization (National Academy of Recording Arts and Sciences) for more than 25 years, as Philadelphia Board Member, Philadelphia Chapter President, and member of the National Board of Trustees.