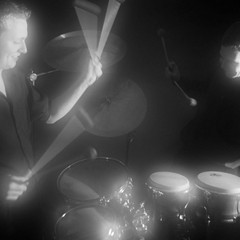 Maraca2 percussion duo are one of the UK’s leading percussion ensembles and have performed as recitalists around the globe, from the Isle of Man to Argentina. Tim Palmer  and Jason Huxtable met whilst studying at the Birmingham Conservatoire where they attained the highest degree classifications and now teach as tutors of mallet percussion.

Maraca2 perform regularly at percussion festivals worldwide and have appeared as artists at all the major events including the Percussive Arts Society International Convention in Indianapolis, the International Marimba Convention in Minneapolis, the Fundación Cultural Percussion Festival in Argentina and Royal Northern College of Music Day of Percussion in Manchester. They have performed around Europe at festivals and music events including a recent televised live concert in Belgrade. Their media appearances also include coverage on the BBC including a live performance on BBC Wales. As one of Europe’s most commercially supported ensembles, they endorse Sabian Cymbals, Innovative Percussion and Marimba One marimbas.

The range of events the duo have presented since their inception has been notable in its variety with performances in traditional recital settings, on classical themed cruises, at fashion shows and at football clubs .... the list goes on! They wrote and performed the music for the opening ceremony of the European Athletics Indoor Championships at the National Indoor Arena, have performed in dance clubs and have even performed at the opening of an Autumn/Winter Armani collection.

As passionate educators they involve themselves with projects across abilities and cultures ranging from improvisation workshops with primary school children to formal master-classes with doctoral students and professionals. In 2009 they carried out their first tour of the United States visiting major Universities, giving master-classes and performances to great acclaim.

In addition to their involvement in the duo Tim and Jason maintain a busy freelance schedule based in the Midlands and regularly play with the regions most established ensembles including the City of Birmingham Symphony Orchestra, Royal Shakespeare Company and the Birmingham Contemporary Music Group.