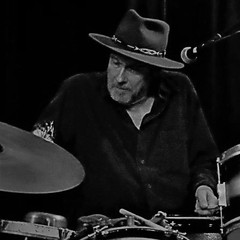 Lynn Coulter is a dynamic, versatile drummer and vocalist. He is equally adept in studio and live situations. His energy is felt by all. He has recorded at most of the major studios in the Los Angeles area. Born in New Orleans, Louisiana, Lynn came to California by way of Jackson, Mississippi and Memphis, Tennessee. He has recorded or toured with Leon Russell, Carole King, Paul Butterfield Blues Band, Smokey Robinson, the Chi-Lites, Dan Peek (formally of the group “America”) and most recently Rita Coolidge. He has also worked with Mary Wells, Leslie Gore, Lou Christe, The Drifters, The Coasters, Bo Diddly, Sonny Bono, David Cassidy, Rose Maddox, Rosie Flores, Peter Rivera (Rare Earth), Johnny Rivers, Little Anthony, Peter Noone, the Shirelles, the Vandellas, and the Marveletts. He has also toured with the off-Broadway production of “Smokey Joe’s Café” featuring Rita Coolidge and Gary U.S. Bonds.

"My favorite REMO gear is just about anything with the REMO name on it… from the amazing drum heads to the Quick Lock Hi-Hat Clutch to the Rhythm Lid Controlled Sound Snare Kit!!  Remo drum heads are simply the greatest thing to come along since wood was formed into a shell."  -Lynn Coulter