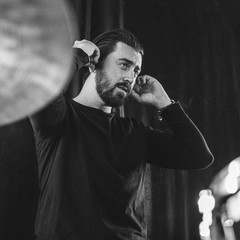 Kosta Theodosis is an Australian studio and touring drummer who lives in Toowoomba, QLD.

His passion for drumming began at the age of 11 whilst growing up in Toowoomba. Over the next several years he honed his craft by studying with some of the top drummers in the country and was rewarded when he won first place in the national Billy Hyde drummers play off in 2007 at the age of 19.

Just prior in 2006, Kosta began studying jazz and improvisation at the prestigious Victorian College of the Arts in Melbourne. During this time Kosta began touring internationally with various groups including Brisbane’s Raw Dance Company, and transitioned smoothly into a professional drumming career, which flourished upon joining the platinum selling rock band Amy Meredith.

Kosta has performed in over 20 countries from intimate clubs to stadiums and the worlds most iconic music venues throughout Australia, North America, South America, Europe, UK, Asia and even The Middle East.

Some of live TV broadcasts Kosta has played on include: The X Factor, The Morning Show, Sunrise, Hey Hey it's Saturday, The Aria Awards, Nickelodeon Kids Choice Awards, Revolt TV, Last Call with Carson Daly and The State of Origin