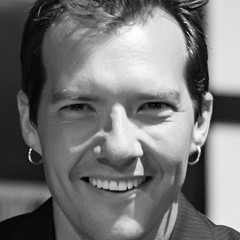 Keith Hall, drummer, composer and educator, holds a Bachelors Degree in Jazz Studies from Western Michigan University and a Masters Degree in Jazz Studies from Queens College in New York. Currently, Keith spends much of his time with singer/saxophonist and Concord Recording Artist Curtis Stigers. He has toured throughout the U.S. and much of Europe performing in theaters, arenas, clubs and jazz festivals with Mr. Stigers. He has appeared on numerous television and radio shows worldwide including an appearance on the CBS Early Show. He teaches privately in his home studio as well as serving on the jazz faculty at Western Michigan University teaching jazz drum set, drum choir, jazz appreciation and coaching combos. Keith also teaches classes for music business and career planning concepts and presents many educational jazz performances and drum clinics around the country.

Keith lived and worked in New York for 8 years performing in a multitude of musical contexts. Although most of these were jazz, he was also a regular sub on Broadway's 'Lion King' and served as the Director of Music at Faith Exchange Fellowship, a ministry in downtown Manhattan. Keith was also an adjunct faculty member at New York University. Keith also composed, arranged and produced a recording for the highly acclaimed dance tour 'Nisei Project.' This piece was performed by the Covenant Dance Theater honoring Japanese-American soldiers of World War II. The Nisei Project toured for 3 weeks throughout the Hawaiian Islands and received praise from critics and favorable reviews. In 1999, Keith composed and arranged music for his first collaboration with Marla Hirokawa of Covenant Dance Theater which included a performance in Brooklyn NY.

As a student at Western Michigan University, Keith co-led a jazz quartet called The Groov'tet comprised of students in the jazz program including Xavier Davis on piano, John Wojciechowski on saxophones, and Matt Hughes on bass. The Groov'tet received numerous 'db' awards from Downbeat Magazine as well as Outstanding Performance Awards at the Notre Dame Jazz Festival. Keith also served as the Accompanist Coordinator in the Department of Dance at WMU where he accompanied modern, jazz, improvisation and African dance classes. He studied drums with his mentor, jazz drumming great, Billy Hart. Over the years, Keith has also studied with great drummers like Jimmy Cobb, Vernel Fournier, Carl Allen, Bill Dowdy, Gene Jackson, Lewis Nash, Vince Cherico, and Portinho.

Keith was chosen to be a member of Betty Carter's 'Jazz Ahead' '97 in New York. Ms. Carter developed this annual program for a group of 15-20 up-and-coming musicians to study, rehearse and perform with her in New York at the Brooklyn Academy of Music. Keith has also received scholarship grants from the Irving S. Gilmore Foundation of Kalamazoo, United Arts Council of Calhoun County, and the Billy Hart Jazz Scholarship from Western Michigan University.

Recent projects include a tribute to the Clifford Brown-Max Roach Quintet with trumpeter Scott Cowan. The tribute features the classic music from this influential 1950's quintet and an educational presentation. Recently, with the support of Education For The Arts, the Brown-Roach Tribute was presented to area school students in Kalamazoo along with a public concert. Latin-jazz quartet, Grupo Yanqui, was chosen by the U.S. State Department and Jazz at Lincoln Center to represent the U.S. in the 'American Music Abroad Program'. Keith recorded and toured with the group to many different countries in the winter of 2006. Keith's newest recordings with his NYC-based trio TRI-FI include '3' and 'A TRI-FI Christmas', both available at www.KeithHallMusic.com and www.TRI-FI.com Keith is also a proud endorser of Yamaha Drums, Istanbul Agop Cymbals, Regal Tip Drumsticks, Remo Drumheads, Rhythm Tech and Protection Racket Drum Cases.