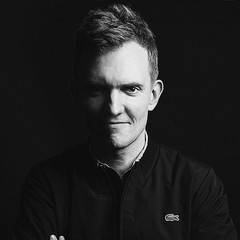 Jost Nickel is one of the new breed of drummers emerging from Germany. A top session and tour player, like his friends and contemporaries Benny Greb, Marco Minnemann and Anika Nilles (one of Jost’s students), Jost is taking contemporary drumming in new directions.

His name appears within the credits of many hit records at home as well as abroad. In 2006 Jost joined German supergroup Jan Delay & Disko No.1 whose CDs have all gone straight to number #1 in the charts, with the artist selling out venues and packing festivals wherever he tours.

Jost was nominated “Best Clinician” by Modern Drummer Magazine in 2016 and was voted on MusicRadar’s list of “the 10 best drum clinicians in the world” in 2016 & 2017. He has written feature articles and workshops in Modern Drummer (USA), Drummer (UK), Rhythm & Drums (Japan), Batterie (France), Drums & Percussion (Germany) and other publications.

Jost is known for his punchy, articulate drum sound, which he counterbalances with a jazzy, exotic cymbal wash. His ‘light and shade’ vibe reflects a cutting edge drummer who keeps one foot steeped in tradition, with a pocket and groove that is undeniable.

In addition to touring and recording, Jost, who studied at Drummers Collective in New York, is a tutor at the highly acclaimed University of Pop in Mannheim.