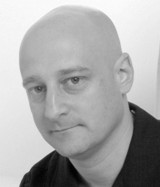 Known for his extreme versatility, in the course of a week John can be seen drumming from NYC Jazz Clubs to Rock Concert halls to International Drum Festivals as well as the top Music Festivals around the world.

His band Dharma All Stars blends various styles into a powerful blast of fusion that spans the extremes of the dynamic range, Favicchia has been busy touring and recording as well as stepping up to the plate with his own solo releases. His debut, World Time, earned rave reviews and was a Top 10 Critics Pick of the Year in Jazziz Magazine. The latest, Dharma, offers an intriguing mix of melody, eclecticism, and tight ensemble playing with the likes of all-star guests including Khan, Brown, Swartz, Dave Mann, and Chieli Minucci. Favicchia is all about the mindful side of playing drums of making music from the mind, for the mind. Definitely, he says, It’s all about the soul and the mind, but it’s very visceral as well. I’m caressing the sounds out of my cymbals in one bar, but when the music takes off and I start to wail, I take no prisoners.