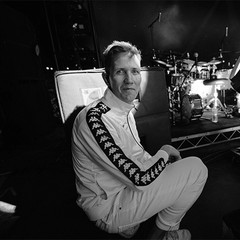 Joel Farland is one of Australia's leading musical directors, producers and drummers.

As a drummer, he has toured across five continents, most recently with Peking Duk (2015-current), Lisa Mitchell (2016), Broods (2014/15), Miami Horror (2013) and Van She (2012). Other artists he has performed or recorded with include The Australian Ballet, Mika, The Pierces, Boy George, Kim Wylde, Midge Ure, Heaven 17, Guy Chambers and winners of The Voice and X Factor.

He holds a First Class Honours degree in Classical Percussion from The Royal College of Music, London, where he attended on full scholarship as the ABRSM International Scholar.