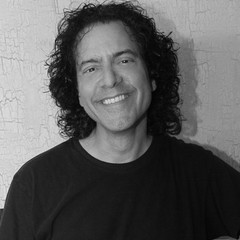 Joe started his drumming career in the clubs of NYC and landed his first major gig in the mid 70's with the New York band "Good Rats". After recording six albums and touring constantly, Joe went on to play with artists such as Chilliwack, Fiona, Twisted Sister, and Widowmaker. Between band gigs, Joe has recorded and toured with guitarists Vinnie Moore, Blues Saraceno, Leslie West, and legendary Cream bassist, Jack Bruce.

Besides his playing, Joe made a mark for himself in Music Education with a book entitled "Double Bass Drumming". First published in 1984, the book is still used in many leading music institutes including Berklee College of Music and P.I.T. It was listed #15 in Modern Drummer Magazines' top 25 drum books of all time. He followed up the book with a video under the same title. Both book and video are currently distributed by Warner Brothers Publications. Joe has also traveled the world performing drum clinics and wrote articles for the leading drum publications.

In the ‘90’s, Joe settled into a NYC session groove during which time he recorded with Mariah Carey, Celine Dion, Taylor Dayne, Diana Ross, Hall & Oates and many others. Besides his record projects, Joe started developing his compositional & production skills.

In need of a home for his drumming and production work, Joe opened Beatstreet NYC in 1995. Soon after opening Beatstreet, Joe was asked to play drums on the award wining PBS TV series “Between the Lions”. For the 10 year run of the show, Joe played drums and composed the shows’ segue music. Joe has since steered Beatstreet from a Music shop to a complete Music and Audio Post facility where Joe is head of production.

In 2003, Joe played on and produced a project with Dee Snider and Al Pitrelli called Van Helsing's Curse (www.VanHelsingsCurse.com). Last year VHC hit the road for the 1st time and they plan to tour every Fall. Joe's other recent projects include two albums with the band, Magellan ("Hundred Years Flood" and "Symphony for a Misanthrope") and a new album with Kansas' Steve Walsh entitled "Shadowman". Joe is currently playing on a solo album for Twisted Sister's Eddie Ojeda. Joe is proudly endorsed by Remo, DW, Zildjian, and LP.