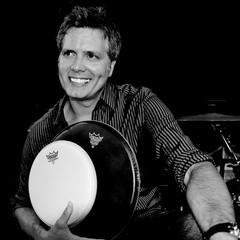 Jimmy Branly was born in Havana, Cuba, and grew up in a rich musical environment of Cuban flavors. He began his studies at the Conservatory of Music in Havana Adolfo Guzman and ENA (National School of Art)

Jimmy’s professional career began at the young age of 15. Jimmy started playing with a band named “Cuarto Espacio” that combined the styles of fusion, jazz, rock, and Cuban music. with member of the band Afro-Acuba. then Jimmy moved to the big stages Natalie Cole, of Cuban-Salsa-Timba bands including, Issac Delgado and NG La Banda. Jimmy continued to evolve in his approach to playing jazz drums when he worked with Gonzalo Rubalcaba until he moved to the US.

Jimmy moved to the United States in 1998, performing and recording with many groups and artists including: