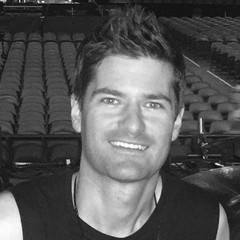 Jeremy’s enthusiasm, relentless work ethic, team player attitude and ability to quickly adapt to any situation makes him one of the most sought after drummers.  Being in such high demand has kept him busy playing for a multitude of artists from different musical genres.

Recently Jeremy has been playing for three Juno nominated Artists; Johnny Orlando, The Reklaws and Scott Helman. With these artists Jeremy has performed on esteemed platforms such as The Juno Awards, The Much Music Video Awards, The Canadian Country Music Awards and The Grey Cup.