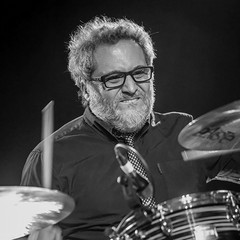 Jeff Consi is a New York drummer currently based in Melbourne, Australia. Jeff is most known for his work with Australian Aria Award-winning band The Badloves and guitar virtuoso Nuno Bettencourt from the multi-platinum selling band Extreme.

Growing up with a father who was a New York City studio engineer, Jeff was exposed to recording drums at a very young age. This invaluable experience has made him a sought after session drummer for many local and international artists.