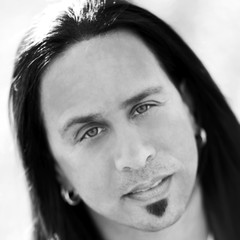 Originally from New Jersey, drummer/author Jason Gianni obtained a Master of Music degree in Percussion Performance from Pennsylvania State University as well as a Bachelor of Music degree in Percussion Performance and a Minor in Jazz Studies from the University of Delaware. Jason has also studied at the Drummers Collective in New York City with notable players such as Horacio "El Negro" Hernandez, Clayton Cameron, Mike Clark and Kim Plainfield.

As a session drummer, Jason has recorded television & radio commercials for clients such as Toyota, Discover, McDonalds, Showtime, the Oakland Athletics, Izusu, Polaroid, the California Lottery, PBS, Sprint, Capital One, Foster Farms, Blue Shield and many more. You can also hear Jason's drumming throughout early episodes of the hit show, Hannah Montana, aired weekly on the Disney Channel. However, his most familiar session work is his playing on the opening theme song drum tracks for the popular Nickelodeon children's cartoon Spongebob Squarepants.

In addition, Jason had taught privately throughout the Bay Area at both Drum World in San Mateo, California and the Haight Ashbury Music Center in San Francisco. As a writer, his work has appeared in Modern Drummer magazine several times (including a feature article describing the specifics of "Jingle Drumming") and he was a regular drum columnist in the West coast version of the Jazz Steps Newsletter. Most notably, Jason has co-authored 'The Drummer's Bible,' a guide to popular drum styles which offers approximately 400 musical examples in standard drum notation. It includes grooves & practical variations and also provides overviews of the history & development of almost all popular music styles for the modern drum set player.

In the summer of 2006, Jason returned to his roots and relocated back to the New York City area. Since September of 2006, he has been a full-time, anchor faculty member of the prestigious Drummers Collective school of music in Manhattan where he specializes in classes, private lessons and clinics/masterclasses and specialty classes such as a 10-week long in-depth Polyrhythm course each semester. In 2007, Jason was asked to be an instructor at the first-annual Drum Fantasy Camp (in South Orange, NJ) giving clinics and master classes alongside notable drummers such as Dave Weckl, Steve Smith, Jason Bittner, and Horatio Hernandez. Shortly following, Jason recorded a DVD for Hudson Music for the Sound Percussion drum set line. The DVD, entitled "Set Up, Tune and Play Your Drums," was released in the summer of 2008 and can be found in most popular music stores. It covers the basic assembly, construction and beginning steps to getting started on drum set.

Endorsed by Vic Firth drum sticks, the Vic Firth website has been very supportive of 2 video clinic/lesson series currently streaming on their site. The first is a 5-segment series on various Polyrhythmic independence and the other is a self-produced Polyrhythm & Ostinato video that has gained some viral popularity on various internet sites.

Jason had served as the back-up drummer for the Trans-Siberian Orchestra for two seasons and can be heard on their platinum selling CD, Night Castle. He continues to play with members of the Trans-Siberian Orchestra in several different situations, including a original project entitled, Daredevil Squadron. The debut CD from Daredevil Squadron was released in November 2009 entitled, Out Of The Sun, and 2016 will bring the arrival of their 2nd CD, tentatively titled, Breakneck Speed.

2012-2013 had been an exceptionally gratifying period as new and important steps have occurred for him. Jason has landed the position to back up Mike Portnoy in the popular Neal Morse Band (Spock's Beard, Transatlantic) and had been seen in many shows & festivals throughout 2012 and 2013. In addition, he became an active sub on the popular NYC Broadway Show,'Rock of Ages' and was the drummer for the international tour as well. 2012 saw the release of the 2nd Edition of 'The Drummers Bible' which includes additional grooves and an increased & updated amount of text information throughout the book. He has become a permanent member of the Modern Drummer Education team and, though not picked as the final choice, he was chosen in the top 5 players world-wide to replace Mike Mangini as the Contemporary/Progressive Rock professor at the world-famous Berklee College of Music. In addition, Jason became the house drummer for the successful show, "La Voz, Kids," which is the Hispanic version of the mega-popular TV show, "The Voice." Shot in Miami, the show was broadcasted throughout the USA and around the world to the majority of the Spanish speaking community.

Most recently, Jason has performed in both national and international drum clinic tours & festivals around the world. Some recent festivals include The Philly DrumPhest in Philadelphia, PA, the 2014 PASIC convention and the La Rioja Drum Festival in Logrono, Spain. 2015 saw the promotion of drum set faculty member to the presigious Unversity of the Arts in Philadelphia and 2016 brought the release of 'The Deviant Hearts' CD from the symphonic progressive supergroup, Phantasma. The brainchild of lead vocalist, Charlotte Wessels from Delain, as well as composers Oliver Phillips from Everon and Georg Neuhauser from Serenity and features players such as Randy George (Neal Morse band), Chloe Lowery (TSO) and Jason on drums.