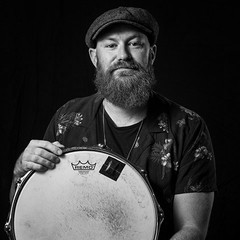 Haydn Meggitt is a drummer with over 30 years playing experience from Perth, Western Australia. He relocated to Melbourne in 2003 and over the last decade he has solidified his place as one of the first call session musicians for some of Australia’s most well known and respected rock and roll royalty.

Joining Ross Wilson’s (Daddy Cool, Mondo Rock) touring band in 2009 exposed him to the top end of touring musicians and artists across Australia and since then he has been at home on the drum throne for such artists as: Glenn Shorrock, Leo Sayer, Daryl Braithwaite, The Black Sorrows, Vika & Linda Bull, Ian Moss, Richard Clapton, Russell Morris, and The Badloves not to mention covering the chair for various touring theatre shows with some of Australia’s finest performers.

Growing up with a sound engineer father and as a budding recording engineer himself, Haydn’s attention to sonic detail ensures there’s always an emphasis on having the right tones for the project at hand. His drumming is organic and exciting across a wide range of genres and styles. Haydn is currently touring with “Mr. Eagle Rock” - Ross Wilson, 90’s pop act - Bachelor Girl, Cosmic Country outfit- Lost Ragas and his double drummer, 13 piece mega country / soul band - FOOLS.