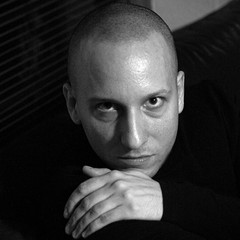 Gergo Borlai is a professional drummer originally from Hungary, lived in Barcelona, Spain, and is now a Los Angeles based  drummer/composer/producer. He started to play drums at age of 3. He's playing on more than 500 albums. Gergo is a part of the Los Angeles music community and playing/touring with Grammy awarded artists. He is also doing clinics, drum camps, masterclasses around the world.

In his home country of Hungary, Gergo Borlai has appeared on more than a 300 albums, received two lifetime achievement awards and two "gold record awards," as well as the Golden Drumstick Prize and the Artisjus Lifetime Achievement Award. Gergo has become one of the most exciting up-and-coming drumset artists and has grown in popularity and also with his breathtaking solos. Gergo also became a clinician man all over in Europe, U.S. and Asia like Musician Institute Hollywood, South Korea, France, Sweden, Poland, South America, Spain, Germany, etc... Gergo is a professor of the Liceu Academy/Jazz Departement - Barcelona since 2012. Gergo has lesson packages for Drum Guru.

"Remo. Since my age of 9. Nothing else. Just @remopercussion ".  -Gergo Borlai