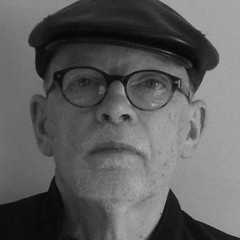 In a career spanning more than 40 years as a teacher, author and performer, Gary traveled the world introducing literally thousands of students to his unique concepts. Having performed with numerous bands and given clinics in England, Germany, Italy, France, Austria, Norway Sweden, Denmark, Holland, Yugoslavia, Japan, Mexico, Switzerland, Brazil, Finland, Canada, Croatia, as well as innumerable events in the US his influences on the drumming world were substantial.

During his tenure as Chairman of the Percussion Department at the Berklee College of Music, as well as in his own private teaching studio in Boston, Gary worked with some of the top players in the industry. Names like Vinnie Colaiuta, JR Robinson, Steve Smith, Kenwood Dennard, David Beal, Joey Kramer, and Larry Mullen Jr. all studied with Gary. Hundreds of other successful drummers came out of his "school" of drumming.

As an author Gary has released many books demonstrating his unique concepts. Among these are his highly popular 4-volume Patterns series as well as two companion videos. His newest book, "Odd-Time Stickings' continues this tradition of unique and trailblazing ideas.

Throughout his career Gary organized many different and innovative percussion performance ensembles. At his first teaching gig at Western Illinois University he started a large ensemble that explored group improvisation. Then, after moving to Boston to teach at Berklee he created a unique Jazz/Rock ensemble which combined a large percussion group (three drumset players, three mallet players, and four percussionists) with a rhythm section featuring guitar great Bill Frisell, bassist Kermit Driscoll and pianist Jim Burt. This ensemble was so successful that it became the first one from Berklee to ever go out on tour, playing at a variety of venues throughout New England. After leaving Berklee Gary continued exploring different types of percussion ensembles. Among these were his group CHOMP which featured six drum set players who were also gifted percussionists.

Perhaps the most unique and innovative ensemble Gary was involved with was a duo that he formed with drummer Steve Houghton. With performances throughout the US as well as in Canada and England, this ensemble garnered rave reviews wherever it went. Although much of the music was improvised the skill and camaraderie of the two performers was evident from the first note to the last Gary said, "Of all the groups I have played in, this is the one I'll miss the most."