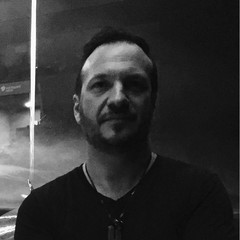 Grammy awarded drummer, Fernando Jaramillo has been drumming professionally for the past 28 years and began at the age of nine.

Currently working with Nick Carter, Ready Never, Trope, Sami Beigi and Leila Forouhar among others .He began his career as a professional drummer with the band "Alter Ego" (1990-1997), which toured throughout Chile; their first album was distributed by Sony Music Chile.

In 1998, Fernando continued his career with the reknown Chilean rock band “Exsimio”. They recorded several albums as well as starred in music videos. Their first album was distributed worldwide in 2001 by Musea Records, Mylodon Records and Lizard Records. They toured Europe in 2002 and were invited to numerous prestigious progressive rock festivals including “BajaProg 2001” (Mexico), the most important progressive rock music festival in the world, “RotaProg 2002” (Spain) and Brazil in 2004.

After moving to Los Angeles CA in 2007, Fernando has also drummed for various other artists, including Multi Grammy awarded Latin Rock star Beto Cuevas, Grammy nominated Don Grusin, The Boston String Quartet, All 4 One, among others. He also teaches drum lessons and clinics.